How do you honor American Archives Month, Walktober and spooky season in Columbia? With some fun local field trips, of course 😉.

Let’s walk and talk about the fascinating history right in our own backyards!

The Columbia Cooperative Ministry (CCM) was the group that noticed there was not a cemetery within the original plans for the development of Columbia. Member Suzanne Waller was a friend of James Rouse, so she went to his house “and appraised him of the fact that no one had thought about a cemetery for Columbia. He was startled and said, ‘You’re right!’ (Creative Tension: Memories of Early Interfaith Experiences in Columbia, Maryland by Arena and Martin, page 299).

In 1971, CCM started the Howard County Memorial Foundation as a non-profit that explored inclusive funeral and burial practices that would fit the many faiths found in Columbia. One of the missions was to plan a cemetery for the New Town.

According to one of the foundation’s members, Marge Geothe, the approach to the cemetery was “being people-friendly with paths and maybe even a carousel and some tables, right in the center of community life. Someone suggested the concept that it be a museum of Columbia’s people” (Creative Tension: Memories of Early Interfaith Experiences in Columbia, Maryland by Arena and Martin, page 260). 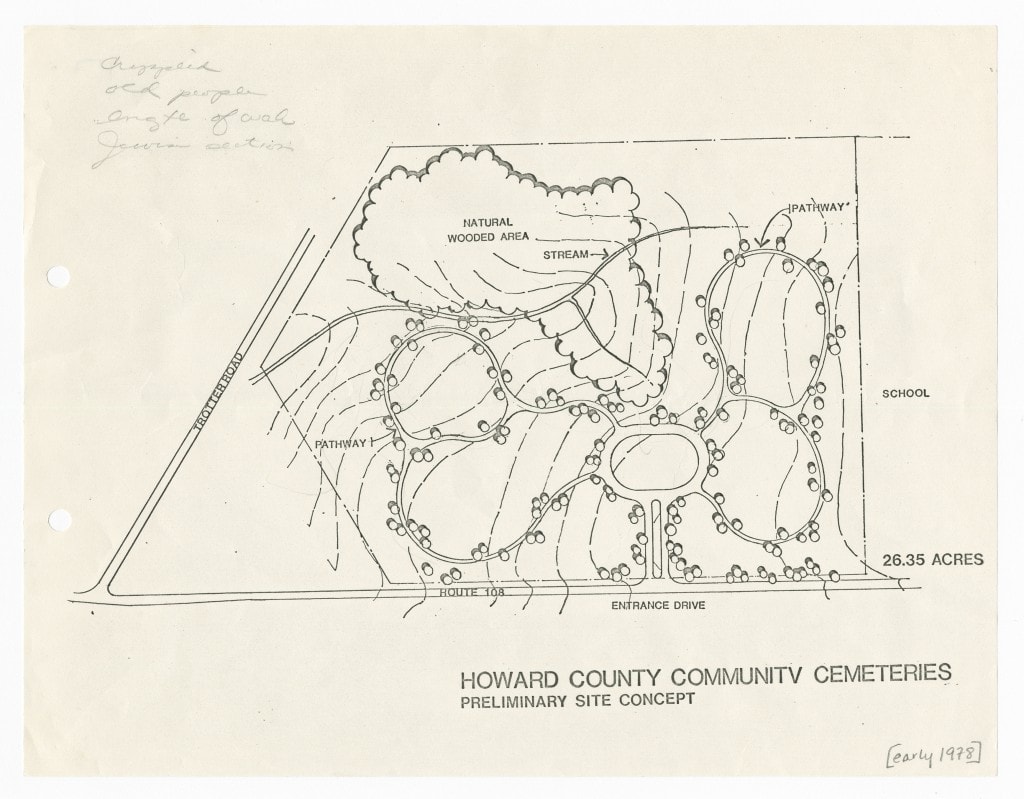 Out of the 171 tot lots in Columbia, this one is pretty unique! Located on Rain Dream Hill in Bryant Woods neighborhood, it’s actually the ruins of a stone house that was once part of Oakland Manor.

A story goes that Rebecca Gaither once hid in this building during the Civil War when Union troops ransacked Oakland Manor while her husband, Col. George Gaither, was in Europe rallying support for the Confederate cause. 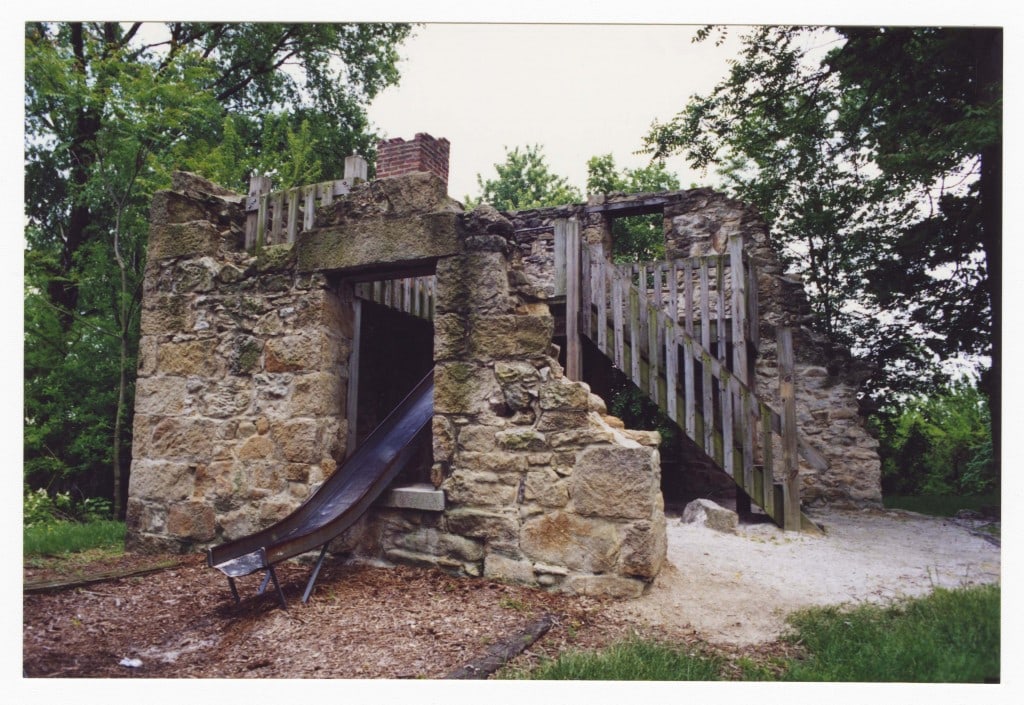 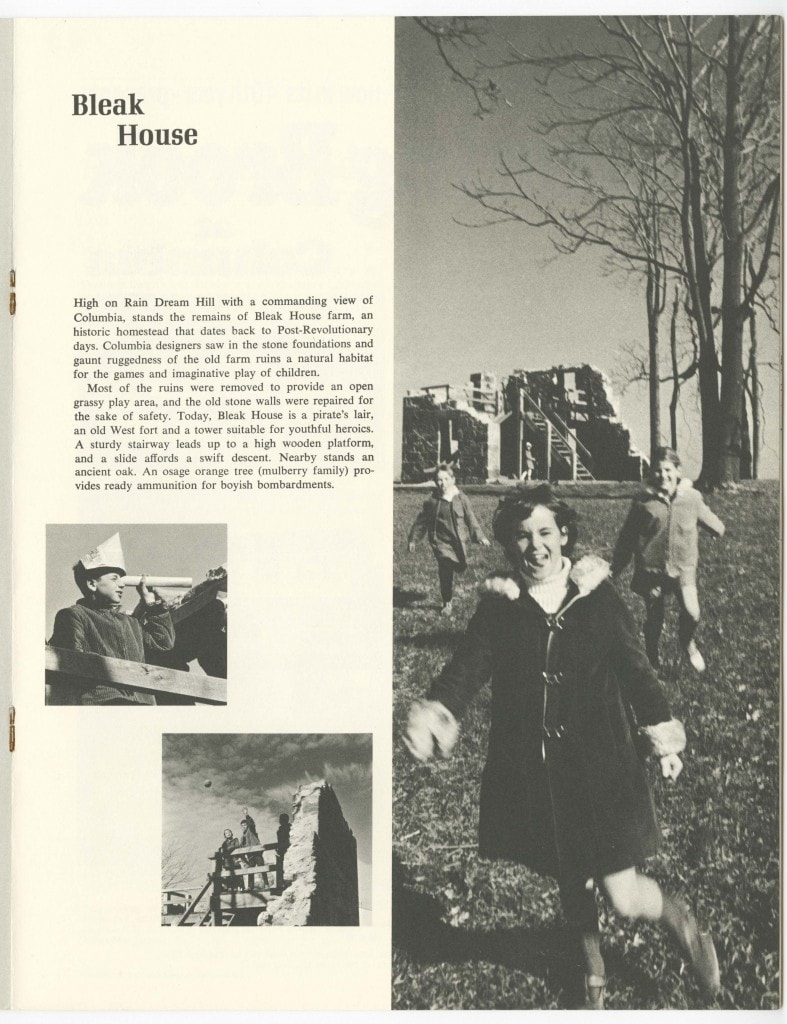 Fans of J.R.R Tolkien may notice a common theme while strolling through Hobbit’s Glen neighborhood. The street names all come from his books and follow the theme of where his fictional characters live. 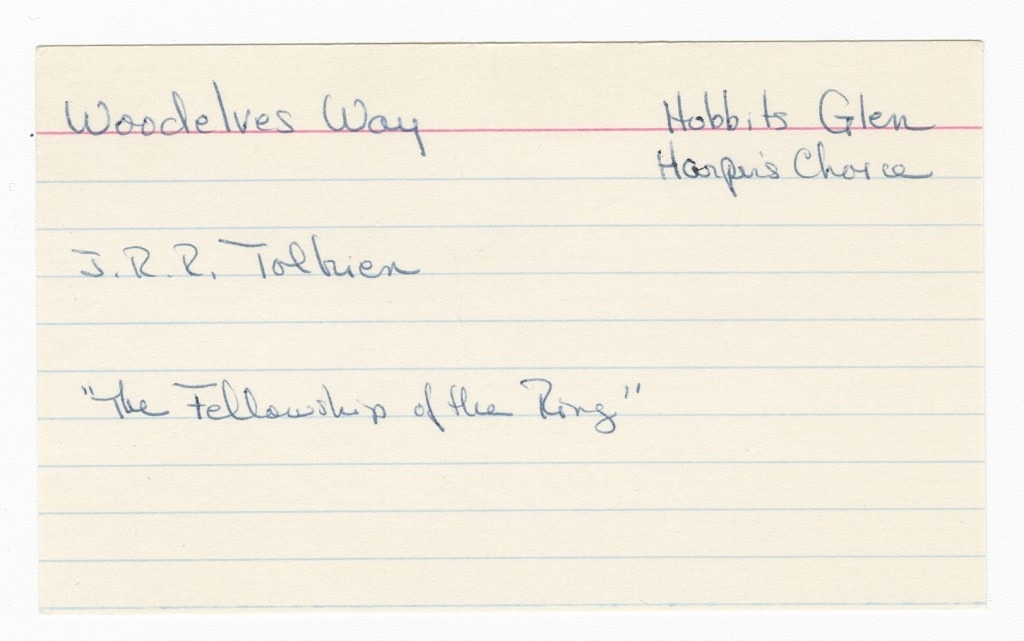 Wood Elves Way: From The Fellowship of the Ring, “The Wood-elves tracked him first, an easy task for them, for his trail was still fresh then.” 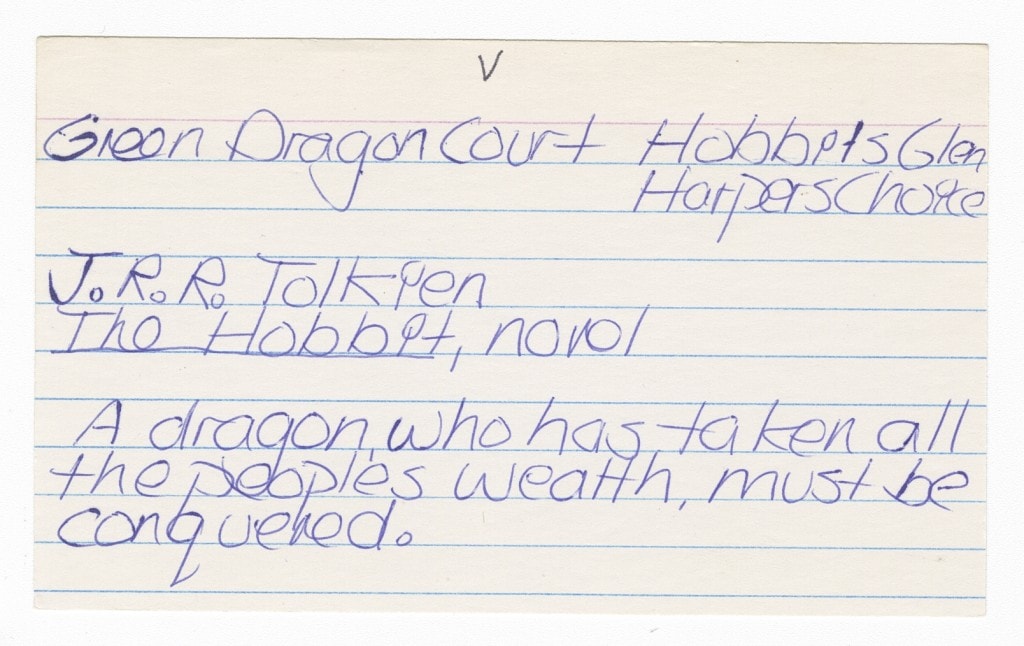 Green Dragon Court: From The Hobbit, in the index cards created by HRD staff it states that the street was named after Smaug, but he was described as orange and red. The Green Dragon was actually an inn in Bywater: “Thinking it unnecessary to disturb your esteemed repose, we have proceeded in advance to make requisite preparations, and shall await your respected person at the Green Dragon Inn, Bywater, at 11 a.m. sharp.” 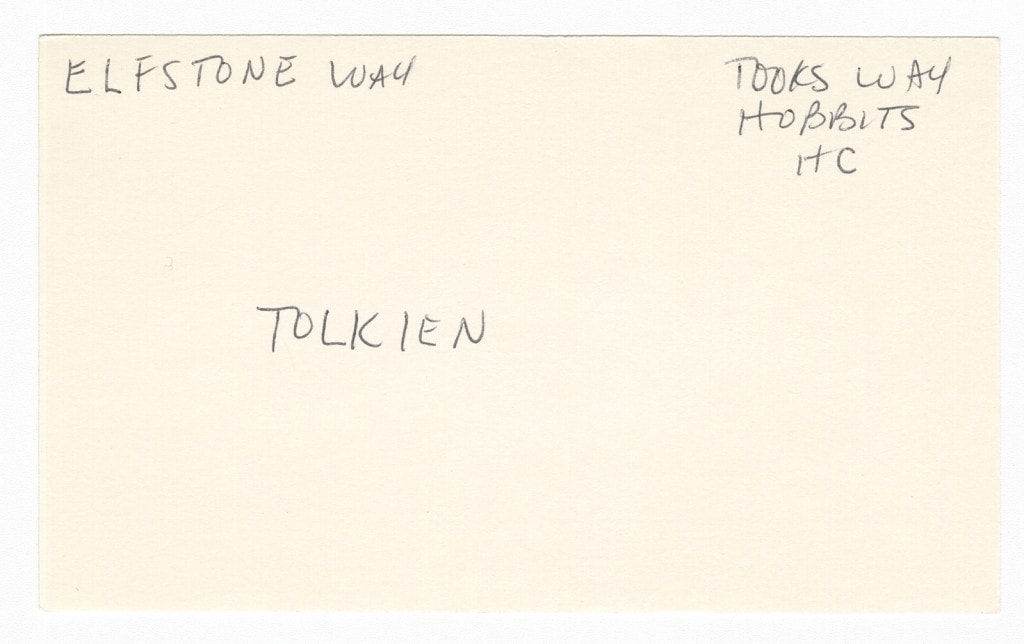 Elfstone Way: From The Return of the King, a name used to refer to Aragorn: “And they named him Elfstone, because of the green stone that he wore, and so the name which it was foretold at his birth that he should bear was chosen for him by his own people.”

The Mall in Columbia

James Rouse was known for his development of malls. He was the second to create a shopping center that was closed in by a roof, as we know them today. At the time, this was a revolutionary idea would allow people to shop and walk around in all types of weather.

It also gave the community a fun and easy place to hold local events, like the haunted house and Halloween party held by the Teens of Howard County in 1981. 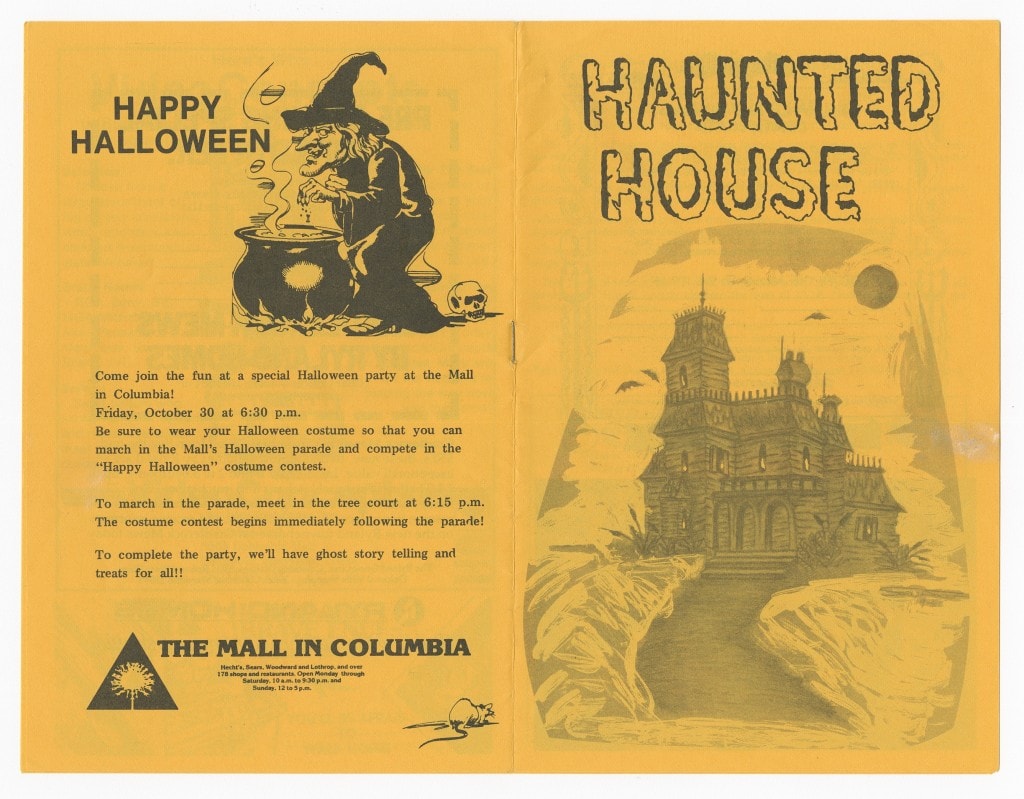 Teens of Howard County brochure advertising a Halloween Party at the Mall in Columbia on October 30, 1981. RGV Miscellaneous Organizations. 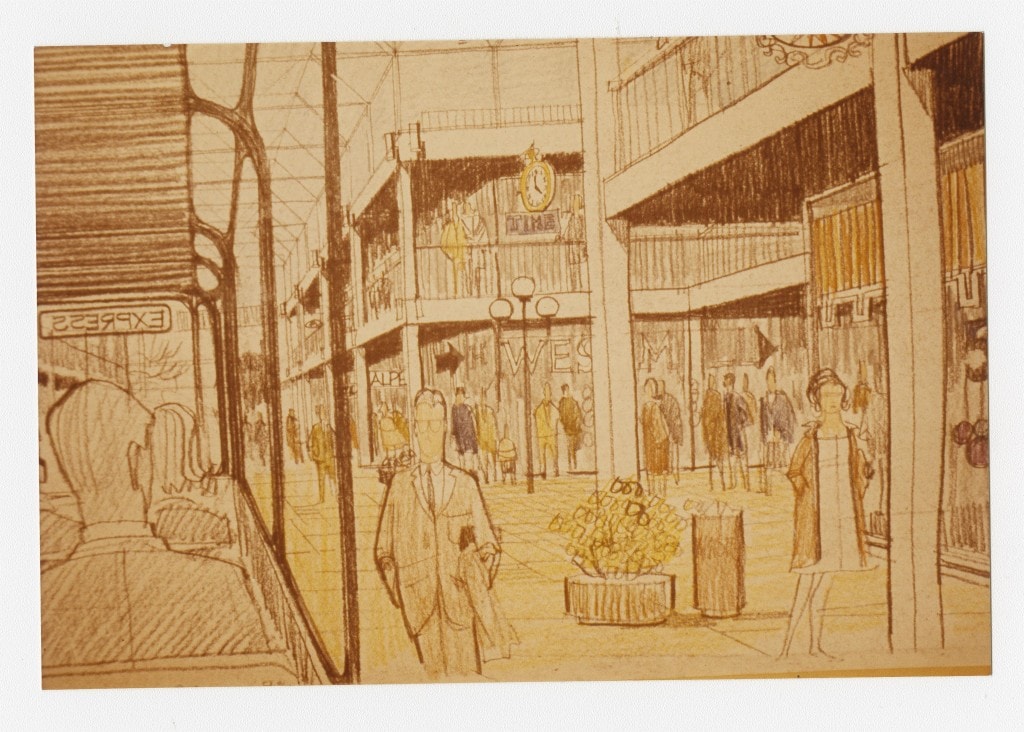 In 1967, Gail Holliday was commissioned by The Rouse Company to create the “look” for the New Town of Columbia through a series of posters. She created village and neighborhood posters, birthday cake posters and some store posters. 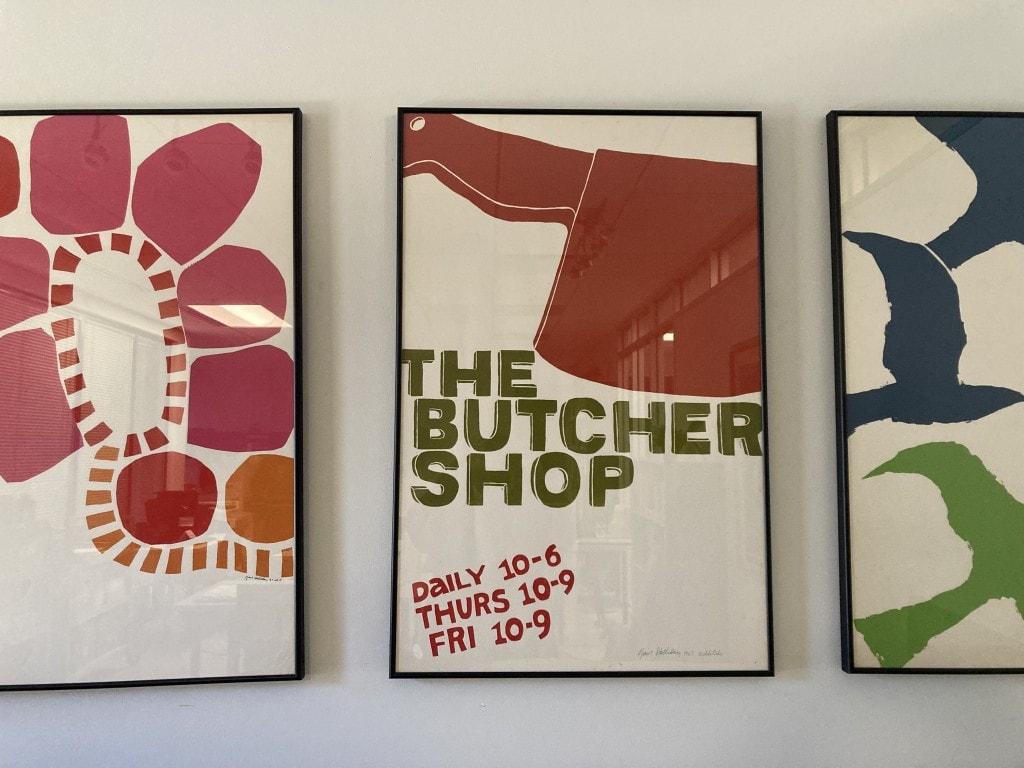 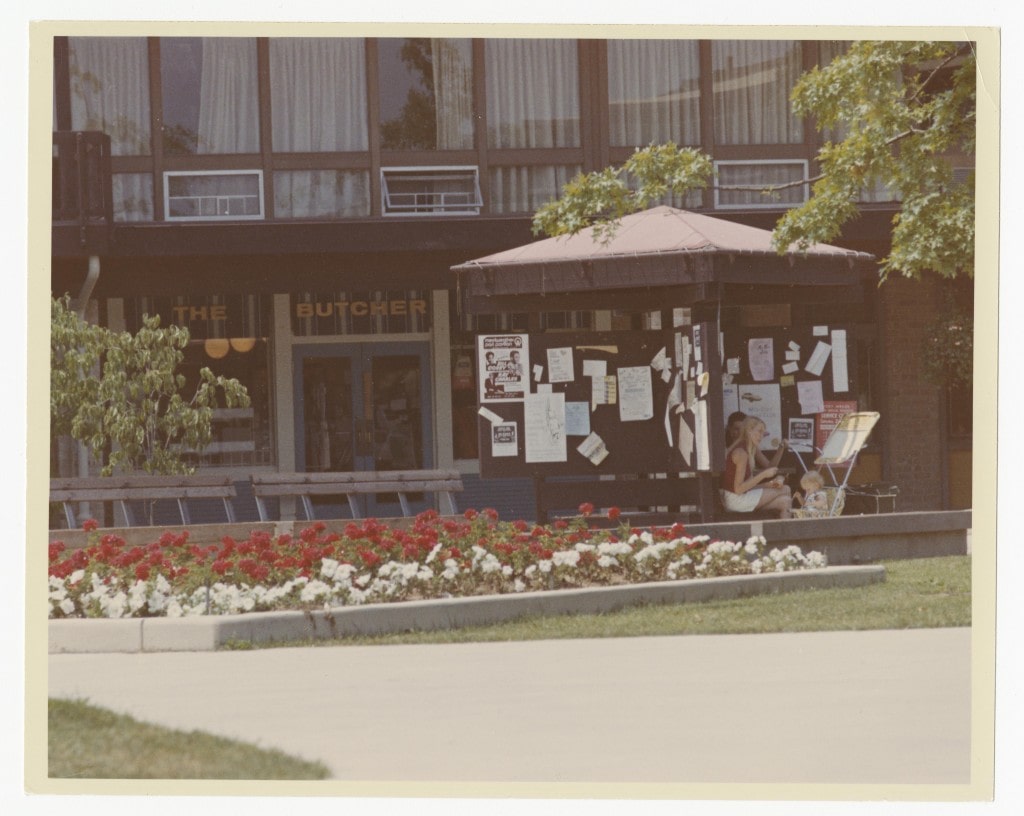 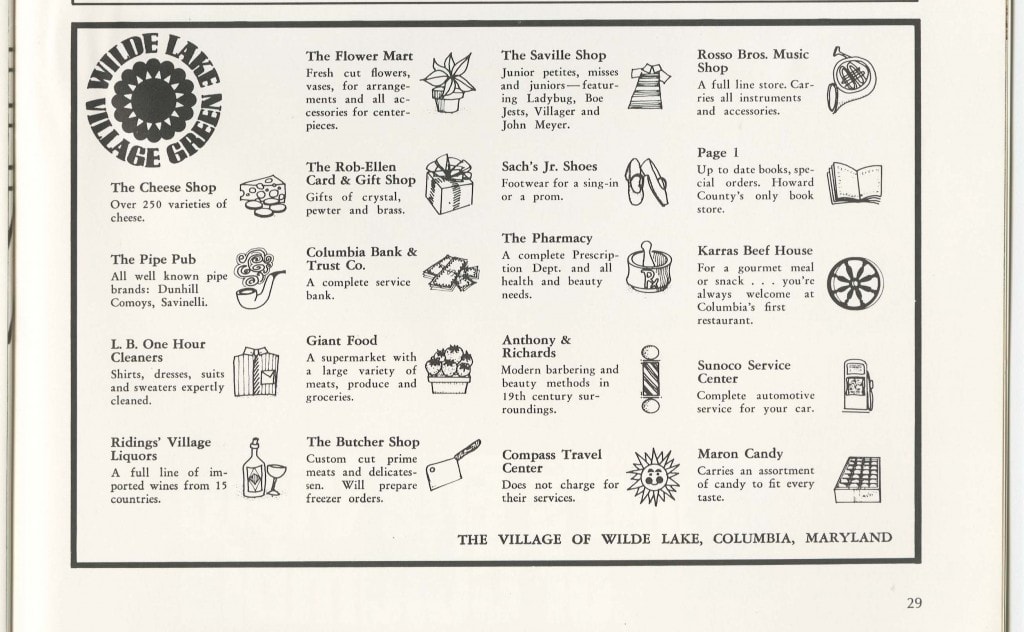 When it comes to Columbia, there are so many more hidden gems to discover! Anyone is welcome to come in to the Columbia MD Archives and explore the collections.

You can find us on the first floor of the CA Headquarters building at 6310 Hillside Court. Be sure to make an appointment via email (columbia.archives@columbiaassociation.org) or phone (410-715-3103) so we can provide the best service possible.

You can learn more about the CMA here.