A brighter future for Long Reach 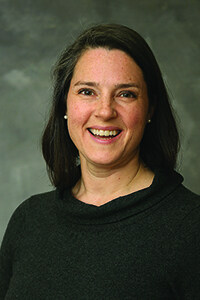 The first residents moved into the village of Long Reach in 1971, and over the years it has grown to have more residents than any other village in Columbia. Long Reach’s four neighborhoods — Jeffers Hill, Kendall Ridge, Locust Park and Phelps Luck — have a diverse population of about 14,000, as well as beautiful green space and a lot of spirit.

I moved to Long Reach in 2011 and was among those watching the decline in the village center with concern. As such a central piece of the overall village concept, the village center is intended to be a thriving hub. This aroused my interest in Columbia’s history and Long Reach’s place in it, including what Long Reach has to offer now.

As a part of my graduate thesis, I evaluated Long Reach on a “Placemaking Power of 10” basis — a concept to assess community assets and connections between them as an indicator of how the village can attract people.
The number and variety of assets in Long Reach was pleasantly surprising: four pools, three community centers, Stonehouse, Columbia Art Center, Jackson Pond, the green space and athletic fields at Blandair Park, worship space and community garden plots, as well as events such as ArtReach and a variety of classes and camps.

My assessment? For a suburban community the size of Long Reach, there is an impressive number of amenities that are fairly well connected through roads, sidewalks and trails. The largest gap identified was a lack of eating establishments within the village itself.

Several initiatives on the horizon will directly benefit Long Reach. First and most critical is the revitalization of the village center. A request for proposals is expected to go out in May with a November target date for developer selection.

Beyond that are CA’s Connecting Columbia and the county’s BikeHoward plans, which are focused on enhancing recreational and transportation connectivity through pathways and on-road bike lanes. These plans include projects and recommendations that could improve access in and out of Long Reach and provide a viable alternative to driving locally. Complementing this initiative is the county task force on complete streets. The task force, which includes CA representation, is intended to maximize safety for all forms of transportation, improving sustainability and connectivity within the community.

Also, coming in the near future is the addition of Columbia Association’s new indoor tennis facility, which is scheduled for completion across from Long Reach High School in early 2018. As they say, Long Reach has “good bones.” It is great place to live and will have an even brighter future as existing Long Reach amenities are maintained and expanded and with county and CA initiatives supporting and advancing the quality of life. Come enjoy what Long Reach has to offer!

Festive Events & Ways to Give this Holiday Season
November 30, 2021

Announcing the Winner of our “Name the Aqua Mower” Contest
November 5, 2021

A Statement From CA on Symphony Woods
November 2, 2021

The Latest on CA Health and Safety Measures
August 11, 2021
Join Today, Make No Payments Until Jan 18