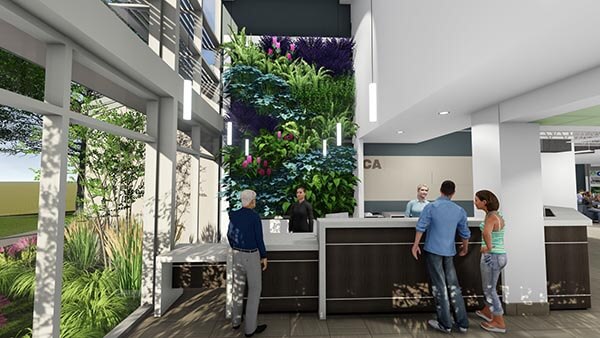 Columbia Association’s budget for the next two fiscal years funds the high quality of life that has helped make Columbia one of the best places to live in America — and invests in the future to help ensure that Columbia remains that way.

The annual charge — which is paid by residential, commercial and industrial property owners — provides approximately 54 percent of CA’s income. The remaining 46 percent comes from memberships, classes, programs and fees.

The FY19 budget includes more than $74.4 million in revenue and about $70.6 million in operating expenses.

That includes everything from open space maintenance and Columbia’s 23 outdoor pools to the free concerts and movies nearly every night at the Lakefront Summer Festival and countless other family friendly activities that have led so many to call Columbia home.

Meanwhile, the capital budget — for long-term assets such as buildings, recreational facilities and land improvements — includes several major projects, the most notable being a significant renovation at Columbia Athletic Club.

Columbia Athletic Club was Columbia’s first fitness club, opening all the way back in 1971. It’s changed in the decades since, and now it’s set to be modernized.

The gym will close for approximately six months, beginning on Monday, April 30 and continuing until late fall 2018. The adjoining indoor tennis courts could reopen by mid-August (UPDATED: COLUMBIA ATHLETIC CLUB IS NOW OPEN!).

The lengthy shutdown is due to the scope of work — the renovations are extensive and include a complete overhaul and expansion of the locker rooms; a new front entrance; roof and HVAC replacements; and other upgrades, including structural work. This will greatly improve the experience for members and guests while maintaining the sense of community that has long been so important at Columbia Athletic Club.

Among other projects scheduled to take place over the next two fiscal years: the third and final phase of upgrades to Columbia Swim Center, renovations to the theater at Slayton House in Wilde Lake, more improvements to CA’s pathway system, a new HVAC system at Columbia Gym, an ADA-compliant wading pool at Hawthorn Pool; dredging at Lake Elkhorn; pond dredging and repairs; bridge replacements; watershed stabilization; and renovations at Stonehouse in Long Reach.

Stay Warm and Save Money this Winter
January 3, 2022

What’s Next for Stream Restoration in Columbia
December 8, 2021
Go to Top
Columbia Association HQ & Customer Care will be closed on Monday, January 17 in observance of Martin Luther King Jr. Day. All other CA facilities are open during normal operating hours.