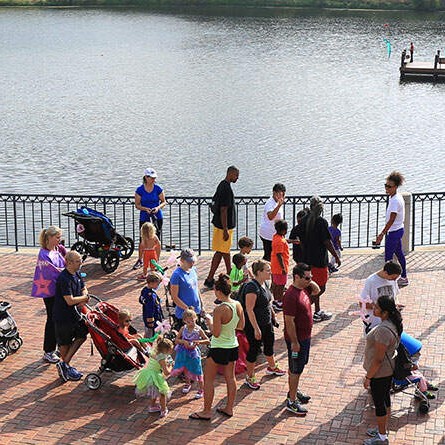 For nearly five decades, the residents of Columbia, Maryland have known that our community is one of the best places to live in the country. Once again, Money Magazine has agreed — naming Columbia the top place in the United States on its 2016 rankings of the best small cities to live in America.

“Columbia, Md., turns 50 next year, and it’s never looked better,” raved the article in Money Magazine, which can be read in full here. “One of the most successful planned communities in the country, Columbia is a magnet in the Baltimore-Washington corridor, attracting families in search of good schools and businesses hungry for educated employees.”

“For the Columbia community to be consistently ranked in the Top 10 says a lot about the quality of life here and, in general, Howard County,” said Milton W. Matthews, president and CEO of Columbia Association (CA), a nonprofit service corporation with the mission to engage our diverse community, cultivate a unique sense of place and enhance quality of life.

“As Columbia approaches its 50th birthday, our community includes residents who moved here in Columbia’s earliest days and remain here; residents who once moved away and then were drawn back and returned; and many other residents who may not have known much, if anything, about the vision and ideals upon which the community was founded — but were nonetheless attracted to Columbia and, in general, Howard County for its beauty, diversity, inclusiveness, cultural and recreational opportunities, top-notch school and library systems, low crime, and proximity to Baltimore and Washington, D.C.,” Matthews said.

Howard County Executive Allan Kittleman likes to say he grew up with Columbia. He has watched the community go from vision to reality.

“We’re very excited. It’s something we’ve known forever, that Columbia is one of the best places to live in the world, but now the rest of the country knows,” Kittleman said. “It was Jim Rouse’s vision to build Columbia almost 50 years ago. Next year will be Columbia’s 50th birthday. I’m sure he would be a very proud person to know that the city he planned is now the best place to live in America. It’s the vision of Jim Rouse to bring people from all incomes, all races and all ethnic groups together, and it really has proven to be successful here. Columbia just continues to attract people because of the warmth of the people who live here and the amenities that people have to enjoy.

“We have 3,600 acres of open space and 94 miles of pathways. We have the greatest schools in the world here in Howard County,” Kittleman said. “We have one of the best community colleges, Howard Community College, in the country right here in Columbia. We have a premier hospital, Howard County General Hospital, here in Columbia. We have Merriweather Post Pavilion. We have the greatest library system in North America. We are growing. We have a downtown that’s becoming more urbanized, which is what we always needed in Howard County.”

The Money Magazine article praised Columbia’s racial, religious and socioeconomic diversity, while also noting the redevelopment occurring downtown, just one part of what Columbia’s many stakeholders are doing to ensure that this remains a community of choice, now and for generations to come.