Tennis Singles Strategy To Up Your Game

When you walk out onto the court to compete, practice time is over — last-minute changes to your technique won’t improve your chances at winning. What will help you win, however, is a strong mental game and strategy.

“Sometimes we get so concerned with the way we are executing shots that we lose focus of both the mental game and the strategy that should be employed to win,” says CA tennis coach Lyndall Jordan. “Your technique for hitting forehands, backhands and serves does not change during a match. The key is to be able to execute these shots well under pressure.” 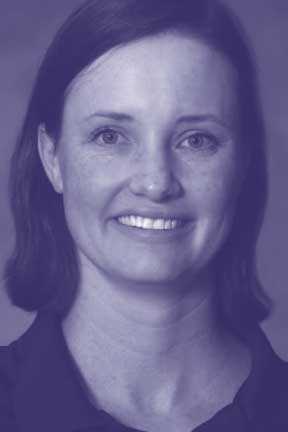 Strategy is your most powerful tool

We all have bad days where we might not be hitting or seeing the ball as cleanly or as clearly as we would like to, or our opponents are making our life difficult. We cannot change this.

“What we can change is the way we remain positive and use one of the most potent tools we have available to us: strategy,” says Jordan. “Tennis is simple — the player who wins the match is the player who puts one more ball over the net and in the court than their opponent.”

According to Jordan, there are three ways this can be done:

Some ideas for forcing your opponent to make errors include moving them from side to side, taking away their recovery time, varying pace, spin and shot selection, and keeping them behind the baseline.

Below are some strategies that will help you develop a winning singles game.

Strategically play to your strengths

When you take advantage of your strengths, it allows you to attack your opponent’s weakness.

Take the fact that it’s very rare for players to have better backhands than forehands. Even if they do, it just doesn’t have the same capabilities as their forehand. For example, Djokovic has an unbelievable backhand, but the stats lean in favor of his forehand.

“The extra spin and potential for power that can be generated by a forehand is often a big advantage for players to get their forehand involved as a weapon,” says Jordan.

Sometimes, however, your strength may not work against your opponent and might be a disadvantage to you. For instance, if your serve is your best weapon but your opponent has a phenomenal return of serve (their weapon), then you will not be able to win many easy points.

“Ultimately, playing to your strengths is only effective if it allows you to attack your opponent’s weakness.” -Lyndall Jordan

One way to start looking for an opponent’s weakness is to observe their body language at the end of each point. If what you’re doing frustrates them, continue to do it.

This is one of the reasons why lefties tend to have so much success against righties. They are easily able to isolate their opponent’s backhand with their high percentage shot of the forehand cross-court!

“When we do this, we open up so much angle that it gives us a high percentage shot to be able to target a righties backhand. This also still allows us the option of hitting the forehand down-the-line without too much risk,” says Jordan.

While most players have a stronger forehand than backhand, there are times when you will come across a player who has a really strong backhand, so Jordan cautions you to watch out for this too.

By the same token, if things aren’t going well, Jordan notes that it may be time to switch things up.

“Sometimes it might be a very small change that can make all the difference between losing and winning, other times you might have to change something completely,” she says. “If you are going to lose by employing tools and tactics that are not working under the current circumstances, then why not lose by employing different tools and strategies which will ultimately be beneficial to future matches?”

Your serve is the only shot that you have true control over, and it’s absolutely essential to the success of your game.

There are two service opportunities: the first serve and the second serve. The precedence of the point is set based off the execution of this shot.

“It is very important that you have a clear plan for every serve as it helps you set yourself up for your next shot,” says Jordan. “Having a powerful serve is nice because it can give you some quick and easy points; however, there is a very big difference between the first serve and the second serve, so your first serve percentage becomes extremely important.”

Don’t be afraid to take risks & lose the point

Last but not least, Jordan shared that you should never be afraid to take risks.

“In tennis, there are many points that are lost for various reasons, so you should not be afraid to try different strategies out during the match,” says Jordan. “Try to see losing points as simply a part of tennis rather than something to fear.”

A well-chosen strategy will help you win more points than lose points, so with this in mind, try to figure out the best strategy to help you win the match.

Improve your game with CA

Ultimately, strategy is paramount to success on the court playing singles. At CA, we’re dedicated to helping you sharpen your game — and we have lots of fun while we’re at it! For more tips on improving your mental toughness, check out our blog post. To learn more about our indoor courts and programs, visit our website.