The Literature Lesson Behind Columbia’s Streets

Story behind the street signs of Columbia

Has the cabin fever set in already? Seriously, though. The kids aren’t even going out to the bus stop, let alone around the neighborhood. Well, we might have a solution.

You might already know this, but Columbia’s neighborhoods are a built-in literature lesson! Most of the street names are derived from the works of poets, authors and artists. Here’s a Baltimore Sun article that talks a lot about those names and their origins.

Street name references from each village

Here are some neat examples of streets and what they’re named after:

Wood Elves Way – reference to J.K. Tolkien’s novel, The Fellowship of the Ring

Sohap Lane – reference to Carl Sandburg’s poem, “If So Hap May Be”

And that’s just the start!

The new Columbia Maryland Archives site has an entire Place Name database. You can log on and search for street names around your neighborhood and look into the origin. Just scroll over the Search option, click on Place Name and see what you can find. Check out the book at Howard County Library. Write something new based on the road you live on. Make more art based on the art that your neighborhood is named after.

EXTRA CREDIT: There’s a lot of history here in Columbia. We have some great stops to consider in our Guide to Distance Learning Success. Submit your email for a downloadable PDF on our School Age Services page. 👇👇👇 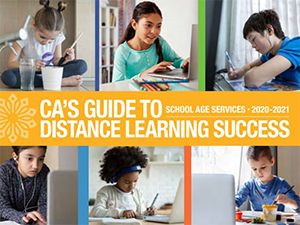 For more tips, check out the CA Parents’ Corner blog.

“When Plan “A” doesn’t work, don’t worry, you still have 25 more letters to go through.” – Unknown

The Best Quotes About Being a Parent
February 18, 2022

How to Elevate Your Bedtime Stories
January 13, 2022

Easy Backyard Games to Play With Your Kids
July 27, 2021
Try Us For Free