People of color and women aren’t often represented in golf leadership. According to a recent article in Golf Digest, “Of the nearly 29,000 PGA of America members, fewer than 1% are African Americans. Under 10% are women.”

At CA, we are lucky to benefit from the expertise and unique perspective of General Manager of Golf Rodney Green and Head Golf Pro and Director of Player Development Joan Lovelace. Both Green and Lovelace represent underrepresented groups in their field. They also have deep roots in Columbia’s golf scene.

We asked Rodney and Joan about their experience, the importance of representation in leadership and how they hope to inspire more people to see themselves in similar fields. 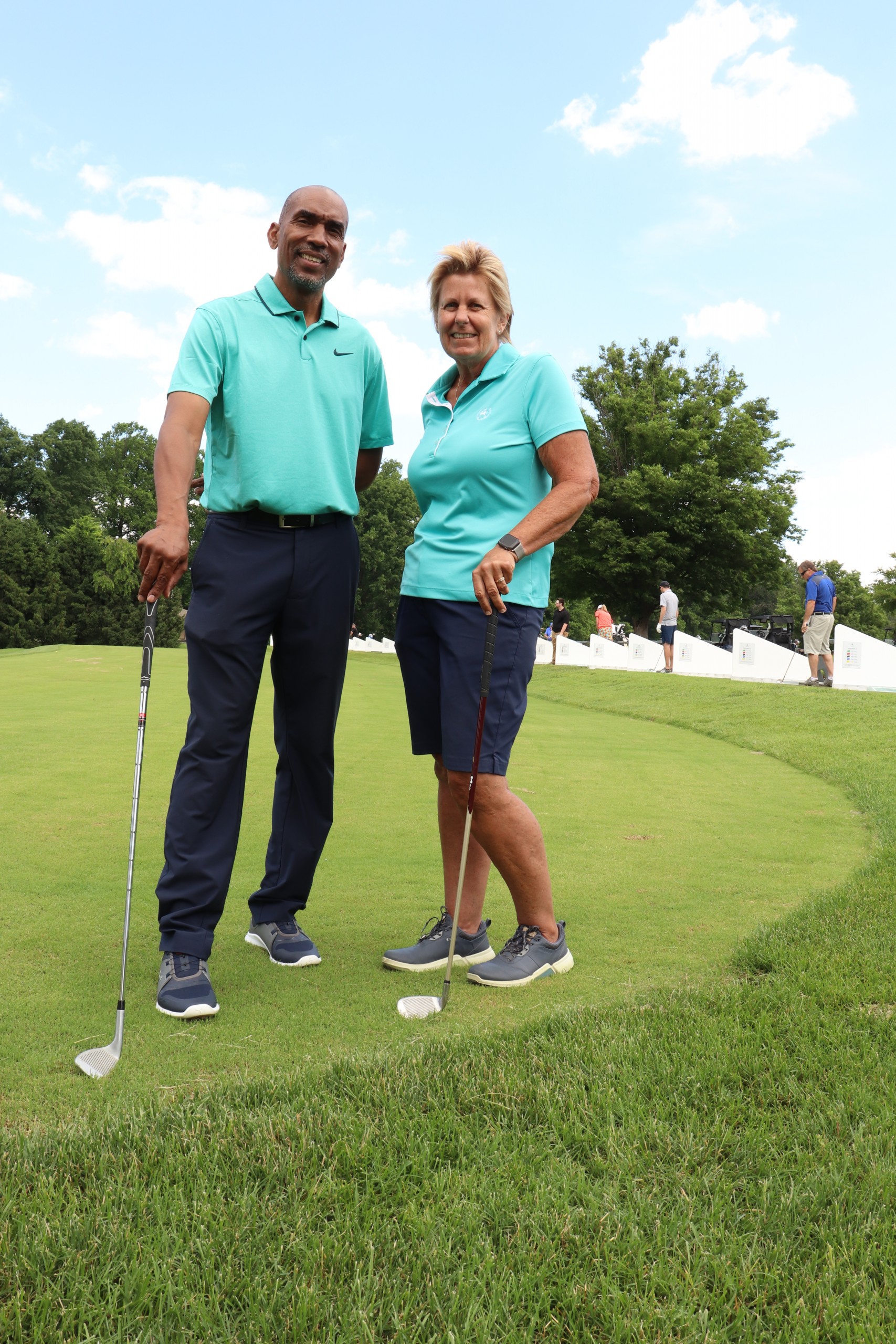 How did you get your start in golf?

Joan: I hit my first golf ball at Hobbit’s Glen at age 12 caddying for my dad, and my mom was a Hobbit’s Glen golf champion in the ‘70s. When I played competitive golf at Howard High School, I was the first female athlete in the county to participate in a boys’ varsity sport. My first job was picking up golf balls on the driving range and I’ve been working for CA for over 31 years now, so it’s pretty full-circle.

Why does diverse leadership matter?

Rodney: It’s not a stretch to say golf isn’t known for inclusivity. The statistics are telling: Out of 29,000 Class A PGA golfers (the highest professional ranking), there are only 139 African-Americans. Of those 139, I became the fourth to reach 25 years in the association, and am one of very few in a GM position.

The challenge is that the golf industry is extremely privatized. While the public can boycott corporations that don’t practice diversity and inclusion, you can’t mandate an association. That’s what makes it all the more meaningful that CA chooses to take an active stance on diversity, equity and inclusion. At CA’s golf clubs, we prioritize those values, which creates a culture that invites people into this sport rather than closing them out.

Joan: Seeing a female leader helps make the sport more inclusive. When I was growing up, I was the only girl at the golf course. Women weren’t even allowed to play on weekend mornings at the time. Even when I was hired to be GM, there was only one other woman golf GM in Maryland.

For me, being a minority in the industry is an opportunity to inspire other women who might have thought about starting golf. Traditionally, golf is seen as intimidating and exclusionary. My goal is to create an experience that’s friendly, open and memorable for all people. CA’s golf clubs are warm and welcoming, and that’s what makes players from all walks of life want to continue on their journey with this sport.

What does it mean to you to be part of an organization that works intentionally toward better outcomes in Diversity, Equity & Inclusion (DE&I)?

Rodney: A lot of companies talk the talk, but when it comes to actually hiring minorities, they fall short. It’s refreshing to work with people who genuinely recognize the value of diversity and inclusion and are intentional about the fact that it has to happen.

That’s the difference at CA, and Columbia in general. This community has always prided itself on diversity. I appreciate that our President/CEO, Lakey Boyd, is committed to making sure our leadership reflects our diverse community. Being in a leadership position, it’s incumbent on me that I continue to help change that landscape and pay it forward.

Joan: CA embodies the diversity that Columbia was founded on, and that diversity strengthens our organization and community. I feel very lucky to be given the opportunity to be a leader and help influence lives and reach people who might not have thought of golf as their sport too. In my time at CA, I’ve mentored many girls and women and been able to see the impact of my mentorship. One young lady who started playing at age 16 got the opportunity to go to college from a golf scholarship. There are countless other stories like that. Those are the kinds of things I’m most proud of.

How to Increase Your Swing Speed
November 15, 2021
Search Blogs