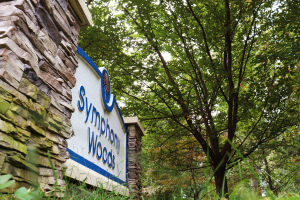 The Need for a Sustainable Symphony of Lights

Columbia Association (CA) recognizes the value holiday events offer to our community and is excited to help develop future experiences that celebrate and benefit our families, community and precious green space. However, Symphony of Lights has morphed from a purely charitable activity for Howard County General Hospital into a for-profit event with a larger footprint. Due to those changes, the event now conflicts with CA’s plans and use of Symphony Woods Park (the Park).

CA has an obligation to preserve Symphony Woods Park as one of the few green spaces left amid Downtown Columbia development. We also have the responsibility to ensure the area is accessible to CA, its members and the public during the holiday season and otherwise.

We value our duty to be respectful stewards of the land, as founder James Rouse intended. Holding a drive-through event on the 51 acres that CA owns – land intended to be open to all members of the Columbia community – is not a sustainable strategy given the scope and footprint of Symphony of Lights.

Who is Involved in the Lawsuit?

Who is NOT Involved in the Lawsuit?

Howard County General Hospital is not a party in CA’s lawsuit.

Symphony of Lights used to be a not-for-profit, charitable event held by Howard County General Hospital. At that time, the event ran simply as a benefit, and CA granted the hospital an express license to use parts of Symphony Woods for that event.

The hospital has not held or operated the event since 2018. In 2017, CA expressed it’s concerns to the Hospital about continuing to hold Symphony of Lights as a drive-through event, given the environmental damage that vehicular traffic causes to the Woods. The Hospital agreed that 2018 would be the last year in which it would hold a drive-through event.

CA told the Hospital that it would grant the Hospital a license to continue Symphony of Lights as a walking event. The Hospital chose not to pursue that alternative.

Again, Symphony of Lights is no longer sponsored or operated by the Hospital and is not a charitable event to benefit the Hospital. Instead, in 2019, the event was sponsored and operated by IMA – without a license agreement or other permission from CA – as a for-profit event to produce revenues for IMA. Since then, CA has not provided anyone else a license for the use of CA’s property for a vehicular procession. Therefore, IMA’s actions were taken without necessary permission and contrary to CA’s land rights and multiple recorded easements.

For years, Symphony of Lights was largely held on land that’s now being developed by Howard Hughes Corporation. When the event was forced to move, the entire parade of cars consolidated onto CA-owned land, utilizing areas and access roads governed by recorded  easement agreements.

The 2019 Symphony of Lights was held without a CA license or permission and in violation of multiple easement agreements and CA’s property rights.  In addition, the procession of slow and idling vehicles during Symphony of Lights blocked and impeded CA and its guests from accessing or planning any activities in Symphony Woods Park for approximately six weeks during the holiday season.

CA attempted to collaborate with the organization that now runs Symphony of Lights, hoping to create a more sustainable event in the Park that takes the environmental value and integrity of CA’s park-like land and open space into account, as well as to limit access issues caused by the event. Unfortunately, CA’s efforts were unsuccessful.

CA’s legal team continues to pursue its case in court. In the meantime, it’s unclear what the future holds for Symphony of Lights. CA believes the event – as it’s traditionally been held – has outgrown the Downtown Columbia area and is inconsistent with the environmental value and integrity of CA’s park-like land and open space, not to mention CA’s and the community’s use and enjoyment of the park during the holiday season.

This creates an incredible opportunity to look at a new, reinvigorated holiday celebration that reaches more people than ever in a safe, sustainable location. CA is excited to be part of that conversation in the months and years to come.

CA stresses that any attempt to stage an event on CA land without proper licensing and permission will  be prosecuted by CA as a direct infringement to the organization’s property rights.