How Good Footwork Can Transform Your Tennis Game

Everything starts with the feet — it’s the foundation for your every movement.

Tennis is a game of constant movement, yet it’s often overlooked that excellent footwork is the key to being a successful player. It’s no secret why: The pursuit of the perfect stroke tends to steal the spotlight!

“You might have strong groundstrokes, but if you can’t reach the ball and you’re not on balance when swinging the racquet, you’re not going to win many matches,” says Anish Manrai, CA’s Assistant Director of Sport and Fitness. “When you commit to developing your footwork, you commit to immense improvements in your game.”

Cover the court with confidence

So, what’s the big deal about being good on your feet?

For starters, good footwork allows you to cover more court, strike the ball earlier and add power, all of which helps build confidence and shape your game. It has a positive ripple effect on your entire performance, ensuring that you’re balanced when you strike the ball and that you recover quicker. And, of course, we can’t ignore the role it plays in reducing your chances of injury.

According to Manrai, footwork is actually 50% of the battle when hitting a groundstroke.

“Excellent footwork allows you to run around your backhand to play an aggressive forehand. If you are moving well, you will avoid the problem of getting too close to the ball, which can prevent you from taking a proper swing,” says Manrai. “The first three to four steps one takes needs to be quick, so you can get into position as quickly as possible. In windy conditions, with the ball moving around a lot, quick small movements and little adjustment steps all the way till the moment you hit the ball is critical.” 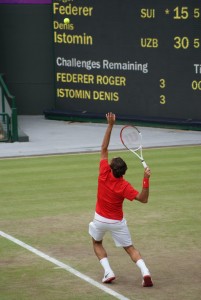 Reduce the number of unforced errors you make

If you’re consistently making errors, there’s a possibility that your footwork is to blame. The ability to move quickly and get into the right position will reduce a significant amount of your unforced errors, and allow you to execute shots with a greater probability of success. More time to prepare means more time to consider your plan of attack, after all.

“There will be days where you feel your legs are slow, your footwork isn’t good and you’re not moving well. The key here is to work on your footwork between points. Do lots of small steps and keep doing those between points until you feel as though your movement has returned,” says Manrai.

Focus on improving your speed & reactions

So, how can tennis players optimize their footwork and begin reaping the benefits?

The idea is to focus on speed and reaction, which can be done off the court and then translated to on-court training using live ball drills and situation based training. Off-court repetition will build muscle memory, and on-court drills will develop those skills along with the mental aspect and patterns of play in which they’re used. This will help your motor skills and overall development.

One simple, effective strategy to develop greater agility and endurance is to practice jumping rope. It’s an inexpensive tool that you can take anywhere. Try working up to greater amounts of time jumping rope on a soft surface to reduce the stress on your feet and ankles (such as grass or indoor flooring). There’s lots of room for creativity, too: You can add fun moves like running in place, crossing your arms or hopping on one foot.

It’s also worth a mention that good posture allows you to move from a strong foundation — so just the awareness of standing up straight is a valuable way to improve your balance and ability to get into the right position.

Improve your footwork with CA

Good footwork is vital to success in the game of tennis…and your success means everything to us!

CA has more than two dozen outdoor courts and 10 indoor tennis courts for you to enjoy. We have programs, lessons and leagues to suit every skill level, and would love to see you on the court. Learn more on our website.