From the beginning, Columbia Association (CA) has proudly shouldered the responsibility bestowed by Columbia’s founder, James W. Rouse, to “respect the land” and care for the environment.

As part of that responsibility, CA’s Board of Directors voted on Oct. 26 to affirm its support for the Paris Agreement, which seeks to combat climate change by limiting the rise of global temperatures that has occurred during the industrial era.

“Columbia Association has worked for years to reduce our energy footprint as well as enhance our environmental efforts,” said Andrew Stack, chairman of Columbia Association’s Board of Directors. “We are encouraging our community and communities around the world to do their part in supporting the Paris Agreement and global efforts to combat climate change.”

CA has been a leader in clean energy for several years. All of CA’s electricity use is offset with green power, thanks to a two-megawatt installation at Nixon Solar Farm in Western Howard County; solar panels at Amherst House and River Hill Pool; and the purchase of wind renewable energy certificates. As a result, CA has reduced its carbon footprint by more than half.

This reduction in emissions is also due to significant efforts to reduce energy consumption. CA is part of the Department of Energy’s Better Building Challenge, committing to a 20 percent reduction in energy use intensity across its building portfolio between 2012 and 2022. Columbia Association has made significant progress and is presently at an 18 percent reduction through the use of ENERGY STAR equipment, LED lighting, combined heat and power technology, and advanced operational practices.

This commitment comes despite the challenges these efforts pose. CA owns more than 50 community buildings, as well as 23 outdoor pools, many of which date back several decades. Due to their age and usage characteristics, these buildings historically have been very energy intensive. Columbia Association staff are continuing to find ways to make them more energy efficient and sustainable while serving the community.

CA also spreads the word about the importance of clean energy to its team members and in the Columbia community. In recent years, CA has launched the Columbia Solar Cooperative, which helps residents install solar panels at a reduced cost, and directed residents to the rebates and incentives offered as part of BGE’s Smart Energy Savers Program, which includes home performance energy audits, appliance rebates and other energy efficiency incentives.

“These efforts are an investment, but they are also an investment in the future,” said Milton W. Matthews, president/CEO of Columbia Association. “Our energy use is significant. During the previous fiscal year, Columbia Association’s total energy consumption — electricity, natural gas, propane, fuel oil, gasoline, and diesel — was equal to that of more than 900 average homes. Any changes we make for the better will be worthwhile. We hope the Columbia community will do the same. The more who join in, the more of a difference we can make together.” 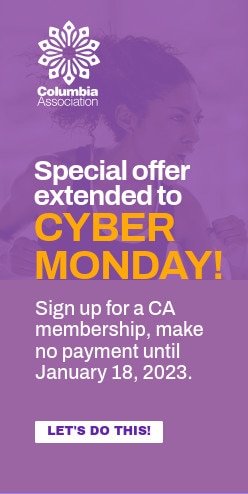